We would like to offer our sincere support to anyone coping with grief. Enter your email below for our complimentary daily grief messages. Messages run for up to one year and you can stop at any time. Your email will not be used for any other purpose.

Share a memory
Obituary & Services
Tribute Wall
Read more about the life story of Kenneth and share your memory.

Kenneth Wayne Bryan entered his heavenly home as God’s child on January 8, 2023.  He had experienced many surgeries over the last five years before being diagnosed with cancer. Being the dedicated worker for McDavid and Associates in Farmville he continued to work in the office and at home until two weeks ago. Kenny loved his job and the coworkers he worked with for fifty-one years.

Kenny was born on 11-1-1951 and resided in Farmville all his life. His family grew up in the First Baptist Church. His parents Don and Lorraine Bryan (now deceased) owned a small grocery. Kenny worked with them as the delivery guy. Many a day he would deliver all over town and would even put the groceries away if the customer asked him. He always aimed to please and was willing to give a helping hand.

He attended Farmville High School and enjoyed playing sports. Kenny was the type of person who had many friends, and he was a humorous guy. He would give you the shirt off his back.

Kenny married Shelby Avery. He was the love of Shelby's life and a wonderful husband. Both did everything together. Kenny especially loved the mountains and the beach. Shelby knew that if anything was broken Kenny could fix it. When their daughter, Amy Lynn, was born, she was the apple of her dad’s eye. It has been said they do not make them like Kenny anymore. After Amy and husband Scott had children, he lived for them too. Dee was what they called their granddad all these years. Attending all kinds of sporting events, academic and award ceremonies, and surprising them with birthday and Christmas gifts and on any day, he proclaimed it was a day for a surprise too.

Surviving Kenny are his wife, Shelby Avery Bryan of the home, and daughter Amy Bryan Johnson and husband, Scott; grandchildren, Avery and Kayla of Farmville; sister, Sylvia Ford and husband, Bill and nephew, Bryan all of Kansas; sister-in-law, Eve Jones and husband, Roddy of Raleigh; sister-in-law, Rhonda Forrest and husband, James and nephew, Joshua of Farmville. Family was always important to Kenny, as he walked his two sisters-in-law down the aisle when they were married.  Kenny loved dogs, the small house ones.  He leaves behind his best friend, Scarlet, who provided Kenny with much affection.

Graveside services will be held at Hollywood Cemetery on Thursday, January 12, at 2 pm with Rev. Graham Byrum officiating. The family will receive friends after the service.

Those desiring to make a memorial may do so by contributing to ECU Health Cancer Center PO Box 8489 Greenville, NC or to Farmville Rescue and EMS, 4414 Belcher Street, Farmville, NC 27828.

Online condolences may be made at www.farmvillefh.com.

To send flowers to the family or plant a tree in memory of Kenneth Wayne Bryan, please visit our floral store. 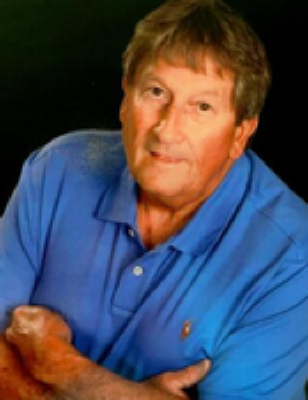 In Loving Memory Of

Look inside to read what others
have shared
Family and friends are coming together online to create a special keepsake. Every memory left on the online obituary will be automatically included in the book.

In Loving Memory Of

Look inside to read what others have shared

Family and friends are coming together online to create a special keepsake. Every memory left on the online obituary will be automatically included in the book.

You can still show your support by sending flowers directly to the family, or by planting a memorial tree in the memory of Kenneth Wayne Bryan
SHARE OBITUARY
© 2023 Farmville Funeral Home. All Rights Reserved. Funeral Home website by CFS & TA | Terms of Use | Privacy Policy | Accessibility